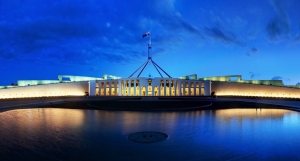 In my last post I promised a report on water in Australia, and now that I have returned from the trip (OK, a couple weeks ago, but I had work to do!), this is the first of hopefully several posts. It was a great tour; I met many wonderful people and learned much.

END_OF_DOCUMENT_TOKEN_TO_BE_REPLACED

For the next two weeks, I will be traveling around Australia with a US delegation as guests of the Government here, meeting with water managers and touring facilities related to water reuse, desalination and irrigation. Australia is actively promoting its water management experience, with a group of companies coming together to form Water Australia with the stated goal of exporting at least $5 billion of water-related goods and services by 2015. It is certainly true that Australia has experienced significant droughts over the past decade, and they have responded aggressively to the situation (e.g., as reported yesterday in the New York Times), although certainly not without pain and controversy. I am interested to see some of their solutions on the ground, especially in comparison to California, which over the three years of the 2007-2009 drought did almost nothing.