In the first round of SWIFT financing in 2015, the Board provided funds to just over $1 billion in water projects in Texas, with future commitments for an additional $2.9 billion. The geographic distribution of funds can be seen in the charts below. As is apparent, North Texas was the recipient of the largest share of 2015 funds, while the Houston area was the largest recipient of future commitments and overall funding. The two largest projects were: 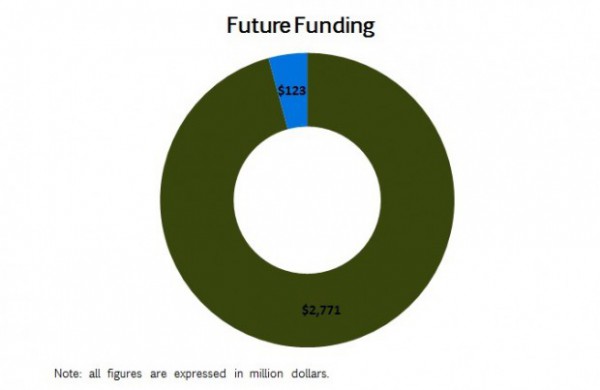